OWEGO, NY, September 13, 2017 /24-7PressRelease/ — CPSI Biotech (CPSI) announced today it has been awarded a Phase II Small Business Innovation Research (SBIR) grant from the National Cancer Institute (NCI) of the National Institutes of Health (NIH). The 2 year $1.7 million Phase II project focuses on the development of a next generation cryoablation device (FrostBite ) and approach for the treatment of pancreatic cancer.

Dr. John Baust (CPSI President) commented, “The overall objective of FrostBite is to provide a powerful ablative tool to attack pancreatic cancer, which ultimately may reduce our reliance on other more traditional approaches such as chemotherapy, radiation or major surgery to treat this deadly disease.” The potential impact of the technology is tremendous. Speaking about the technology, Dr. P. Jay Pasricha (Professor of Medicine and Neurosciences, Division of Gastroenterology, John Hopkins School of Medicine and consultant for CPSI) commented “We are very encouraged by the potential of FrostBite EUS-cryocatheter platform. The ability to target and freeze tissues in situ under endoscopic ultrasound guidance will provide for a more precise and minimally invasive strategy to treat cancer including pancreatic, esophageal and other tumors. We are looking forward to continuing our work with CPSI to bring this technology to the clinic.”

CPSI has been actively working on the development of the FrostBite cryocatheter for several years. FrostBite is designed to be used in conjunction with CPSI’s patented cryoengine technologies to freeze (cryoablate) cancer in situ (in place within the body), thereby destroying a tumor. This new device and approach is designed to support the growing field of natural orifice transluminal endoscopic surgery (NOTES) in which “scarless” abdominal operations can be performed with an endoscope passed through the mouth thereby enabling the introduction of surgical tools, such as CPSI’s cryoprobe, into the stomach to target various tissues via the stomach wall avoiding the need for invasive external surgical procedures. In this manner, FrostBite is designed to be introduced to the stomach via an endoscopic ultrasound (EUS) device and then the cryoneedle tip of the catheter passes directly through the stomach wall into a tumor in the pancreas. The use of EUS allows for the real-time visualization of the tumor and positioning of the cryoneedle prior to cryoablative treatment.

The initial development efforts behind FrostBite were supported, in part, by a Phase I SBIR grant awarded to CPSI by NCI in 2015. Phase I studies demonstrated proof of concept of this new technology and treatment paradigm and yielded the development of several prototype cryocatheters. As part of Phase I development efforts, CPSI, in conjunction with collaborators at Johns Hopkins Medical, conducted a series of studies demonstrating the successful delivery of an ultra-cold (-170 degree C), highly effective lethal insult (ablative dose) within a matter of minutes. Phase 1 studies also involved collaborative efforts with researchers from the Institute of Biomedical Technology at Binghamton University. Successful completion of Phase I studies enabled CPSI to pursue Phase II funding. Phase II will build upon this success and focus on further development, optimization and testing of FrostBite for the treatment of pancreatic cancer as well as other gastroenterological (GI) based cancers. Speaking to the Phase II, Dr Baust noted, “This is a great opportunity to continue the development of the FrostBite platform for the GI-based treatment of various cancers. This Phase II will allow for continued engineering and testing of the next generation FrostBite cryocatheter. This project incorporates several of CPSI’s patented technologies, including our cryoengines, dual thermal ablation and adjunctive agents (SensitICERs). With success, FrostBite will provide an advanced minimally invasive approach for treating pancreatic and other cancers.”

With Phase II development initiated, CPSI is poised to embark down the commercialization path. To enable this, a start-up company (GI Cryo, Inc.) has been formed focused in the GI area to commercialize FrostBite and other related technologies. To this end, Baust commented “We are actively seeking investors and partners to join our team to bring this potentially lifesaving technology platform to the market.” When asked about the potential impact of this revolutionary technology, Baust stated “FrostBite has a number of potential impact and application areas. We envision that future iterations of FrostBite will allow for treatment of other cancers such as bladder, colorectal, stomach and esophageal cancers, thereby positioning FrostBite as an enabling platform.” The impact of the technology in the GI space cannot be overstated given the very low (5%) five year survival rate and estimated 300,000 deaths annually worldwide from pancreatic cancer. Estimates suggest that ~45% of these individuals could be treated with cryo, representing an annual market potential of $500 million for pancreatic cancer alone.

More information on the FrostBite cryoablation platform can be found on CPSI’s website at www.CPSIBiotech.com.

Disclosure Notice: The information contained in this release is as of September 11, 2017. Dr. P. Jay Pasricha is a consultant for CPSI. CPSI assumes no obligation to update forward-looking statements contained in this release as the result of new information or future events or developments. CPSI’s technologies do not have regulatory clearance for commercial sale and are currently intended for “Research Use Only”.

With the exception of the historical information contained in this release, this release contains materials and statements related to future business, financial performance, future events and/or developments involving CPSI which constitute forward-looking statements. The matters described herein contain forward-looking statements that involve risk and uncertainties that may individually or mutually impact the matters herein described, including but not limited to, CPSI’s ability to develop and market new products, to retain and attract key employees, to obtain regulatory clearances and approvals for its products, to effectively react to other risks and uncertainties, such as fluctuation of quarterly financial results, contract and grants acquisition, reliance on third party manufacturers and suppliers, litigation or other proceedings, economic, competitive, governmental impacts, whether pending patents will be granted or defendable, validity of intellectual property and patents, the ability to license patents, the ability to commercialize developmental products, competition from existing and new products and procedures and CPSI’s ability to raise the capital that is required to accomplish the foregoing. 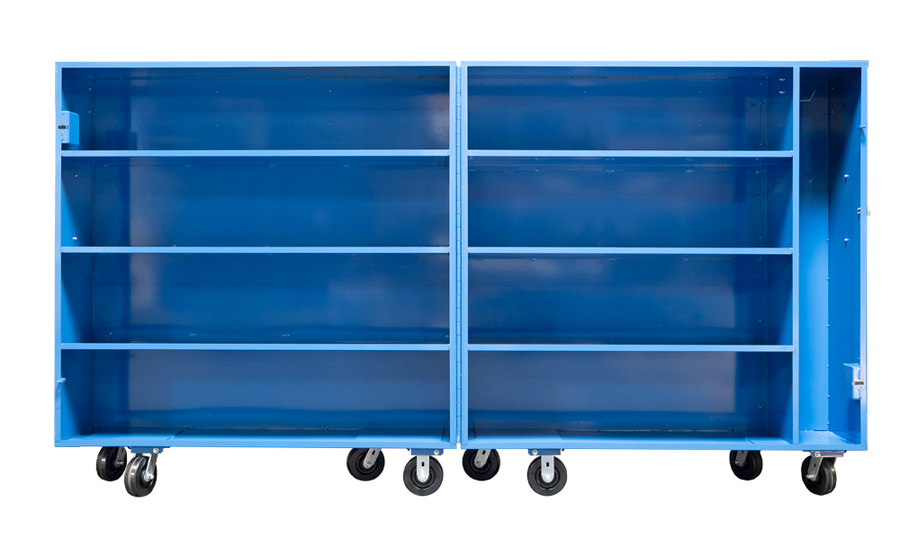 Rapidly Growing Company Explains the Meaning Behind its Name